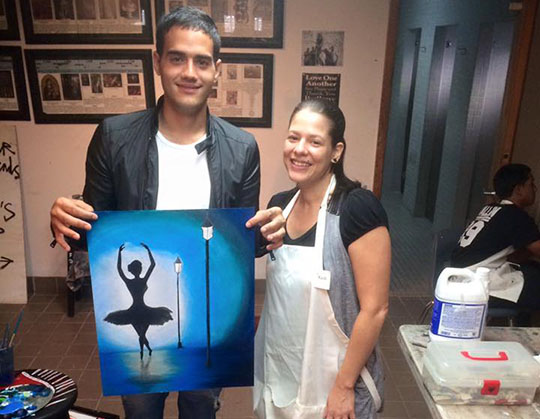 Drug abuse in teens is a serious and common problem in the United States. It has been proven time and again that individuals who start taking drugs in their youth are at greater risk of becoming addicted compared to those who begin drug use as an adult. This is primarily due to the immaturity of the teenage brain, particularly of that part of the brain that controls impulses. Drug abuse in teens is caused by a number of individual, family, genetic, and social factors rather than by any one cause. The symptoms of drug abuse in teens include tolerance to a substance and withdrawal episodes. This can also lead to using more drugs for extended periods of time, and problems managing life issues due to the dependency of a drug. Experimentation with alcohol and drugs during teenage years is common. The problem is most teenagers don’t see the link between their actions today and the consequences in the future. Drugs and alcohol also tend to make teens feel indestructible and immune to the problems that others experience.

Without a doubt, using alcohol and tobacco at a young age has serious negative health effects. While some teens will experiment and stop, others will develop a dependency, moving on to more dangerous drugs. This could lead to causing significant harm to themselves and possibly others. It is impossible to know which teens will experiment and stop and which will develop serious problems. The good news is drug abuse in teens is down. The percentage of teenagers using alcohol, tobacco and marijuana has been continuing to plummet. The latest Monitoring the Future survey, released by the National Institute on Drug Abuse, finds children are smoking fewer cigarettes, drinking less alcohol and abusing fewer prescription and synthetic drugs.

If you are concerned about a teenager you are responsible for using drugs, call Here’s Help at 305-685-8201. We are a Residential and Outpatient treatment for substance abuse serving Miami-Dade, Broward and Monroe Counties in Florida. We believe that by helping teenagers, we have a chance to prevent addiction and permanent damage. We have the tools necessary to help teens abstain from substance abuse and become productive members of society. Call or contact us today!