Many people have heard about marijuana or “weed” and are familiar with the presence of its drug abuse in our country. Over the last five years, traditional marijuana has taken a backseat to a new addiction-causing substance, synthetic marijuana, also known as “spice.” According to the National Institute on Drug Abuse (NIDA), spice “products contain dried, shredded plant material and chemical additives that are responsible for their psychoactive (mind-altering) effects. ” You may have heard of one of the alternate names of synthetic marijuana such as K2, Skunk, Moon Rocks and fake weed. Ironically, when the products are sold over the counter they are labeled as “not for human consumption.” 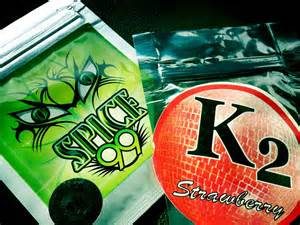 As synthetic marijuana drug abuse got popular and addiction became rampant about five years ago, these products were actually featured at the checkouts of gas stations and smoke shops. In addition, spice is priced affordably compared to traditional marijuana. The main misconception about synthetic marijuana is that it is ‘natural’ and healthier for users than traditional marijuana. While they do have dried plant fragments, the most prominent substances inside are actually “synthetic (or designer) cannabinoid compounds. ”

Due to the accessibility, affordability and misconceptions about health benefits, synthetic marijuana has a high likelihood of addiction and drug abuse, especially among teens and kids. For those of you that are parents and want to know how to spot K2 and prevent your kids from falling into drug abuse, here are some things for you to know. Similar to traditional marijuana, spice is usually consumed by smoking and looks like incense or potpourri when sold. Similar to traditional marijuana, spice results in “elevated mood, relaxation, and altered perception – and in some cases the effects are even stronger than those of marijuana.” NIDA even reports that some people claimed they experienced paranoia and hallucinations.

While there isn’t much research about what synthetic marijuana addiction does to the human brain, what we do know is that its “cannabinoid compounds” interact similarly with cells as THC, the active “psychoactive component” in traditional marijuana. With any drug that contains man-made chemicals, there is no way to know absolutely every substance used in production, making it extremely dangerous, on top of the existing hazards that already exist.

If you feel a friend or loved one is struggling with addiction, encourage them to seek drug abuse rehabilitation through residential rehab or outpatient treatment.